Compared to seven other peer clusters, which include California’s Silicon Valley, Massachusetts’ Route 128 and North Carolina’s Research Triangle, Michigan's URC ranks third on the Innovation Power Index, a composite measure of how well research universities perform on key research university metrics, coming in behind only the California clusters. Those are just some of the findings in the annual Benchmark Report, prepared by East Lansing, Mich.-based Anderson Economic Group. 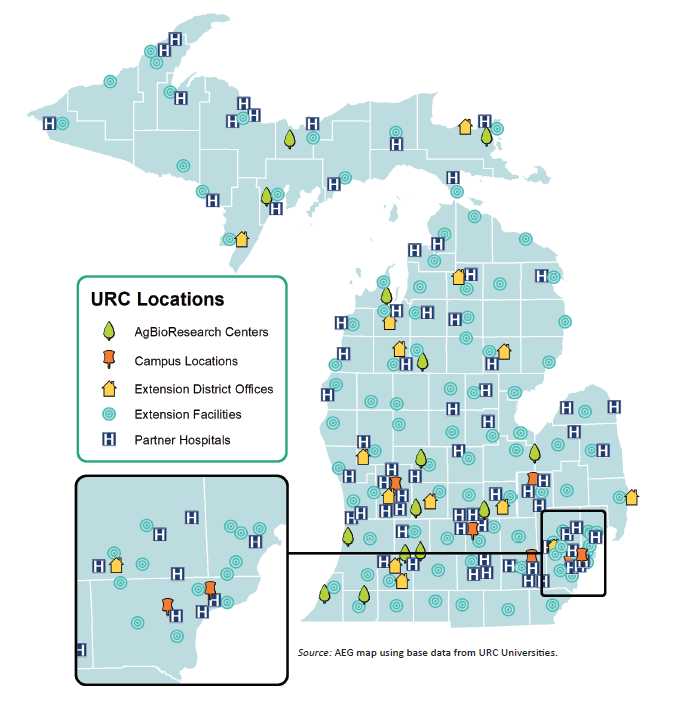 Michigan’s URC is the only national innovation cluster comprised exclusively of public universities. It's public mission serves the people and industries of Michigan, where its impact is felt in every county across the state. Michigan's URC is also the only cluster with three medical doctors heading those institutions. (Read commentary from Michigan's URC presidents regarding the universities' responses to the COVID-19 pandemic in Crain's Detroit Business.)