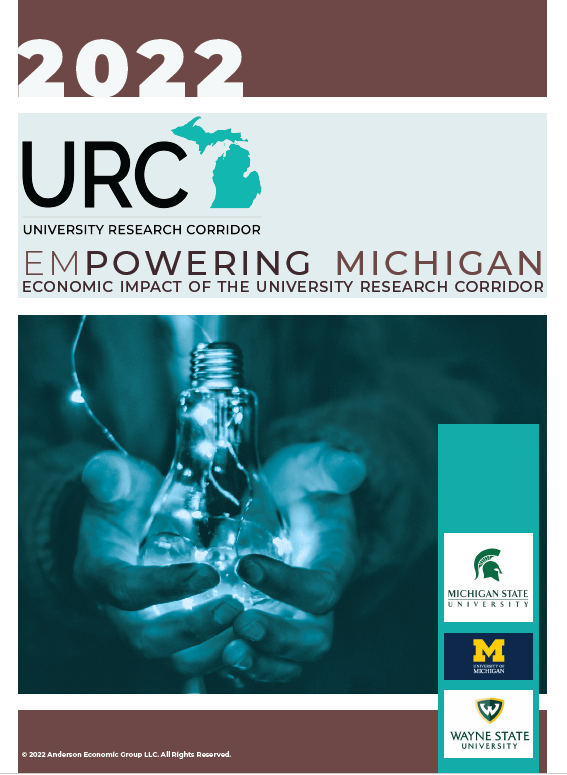 In this 2022 URC Economic Impact Report, Anderson Economic Group reports that the presence of The University Research Corridor – an alliance of Michigan State University, the University of Michigan and Wayne State University – contributes an annual economic impact in Michigan of $20.6 billion, an impact that reaches every single Michigan county. The universities educate Michigan residents, attract talented workers to the state, support innovation and encourage the transfer of new technology to the private sector.

Investing in the URC universities is a sure bet even when times are tough. In the last 15 years – a time that has seen a major recession and a global pandemic – the URC's economic contribution to the state has grown by 60%.

Half of the 1.5 million living alumni from the three URC universities (about 712,000 people) live in Michigan across all 83 counties, strengthening our economy and communities. The estimated total URC alumni earnings in Michigan were $48.3 billion in FY 2021. This accounts for 20% of all wage and salary income in the state.